On the second Saturday of every May, over 100+ flash mob belly dance teams around the world perform choreography on the same day to promote the art of Middle Eastern dance, and to raise money for their local charities. This year, the World Belly Dance Day will take place on Saturday May 11th.

Last month, Shimmy Mob DC kicked off their performance at DuPont Circle at 10 am. The team rode the Metro, stopping and performing at several iconic DC spots, before ending at Freedom Plaza at 2 pm. This year, Shimmy Mob DC’s goal was to raise $1,000 for the Name-A-Brick campaign for House of Ruth’s Kidspace Capital Campaign – a goal which they exceeded!

Be sure to visit http://www.shimmymobdc.com to learn more about Shimmy Mob and what they do. On behalf of the staff, women and families at House of Ruth, we are so thankful for Shimmy Mob DC’s support! 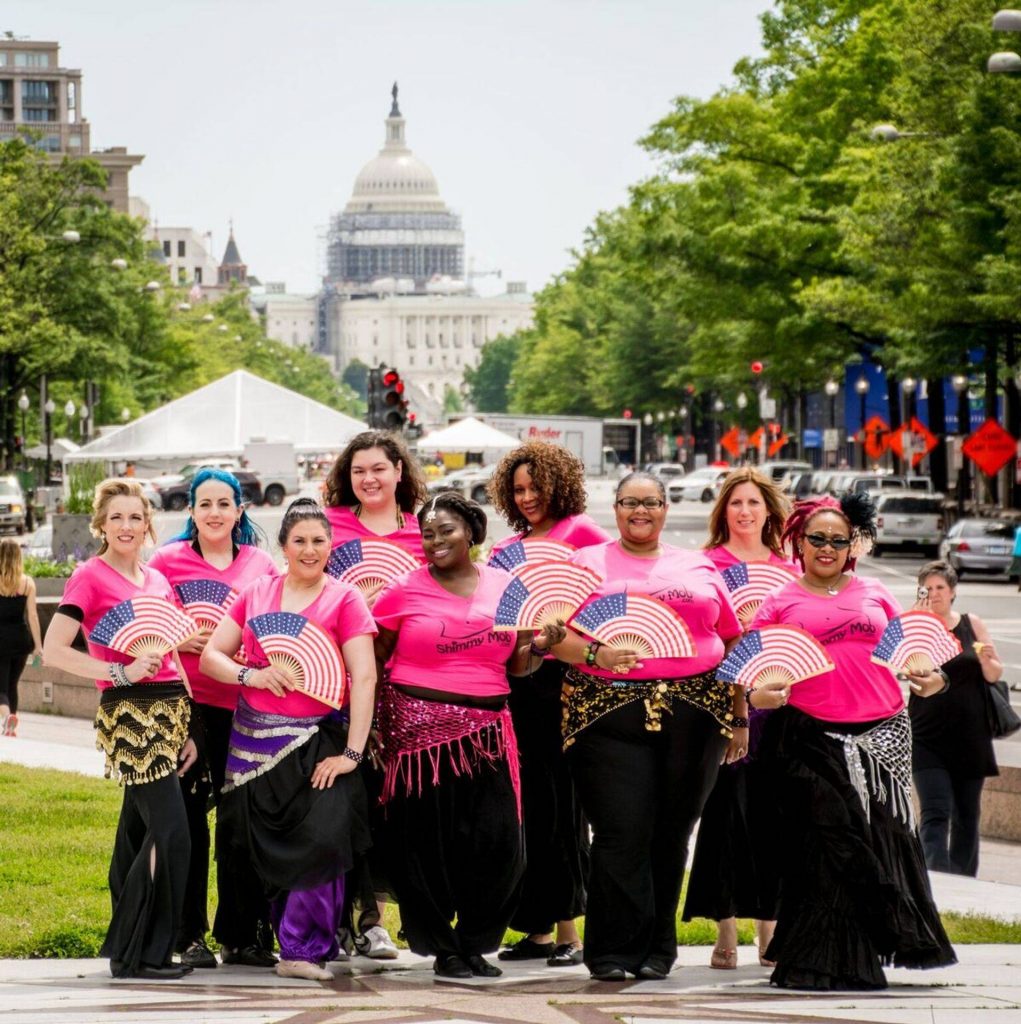