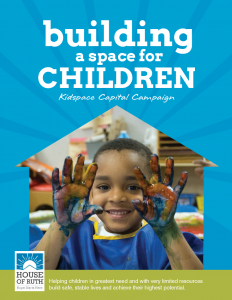 Building A Space For Children

For more than 21 years, House of Ruth’s Kidspace program, an accredited therapeutic child development center, has served homeless children on what was once a charming, community-based corner lot in Ward 7. Over the years, the dedicated staff has creatively adapted the two residential buildings and surrounding grounds to serve as an education and therapy […] 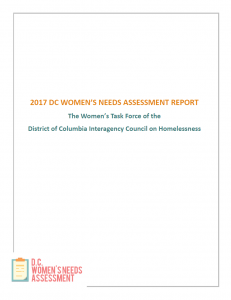 In the spring of 2017, the steering committee of the Women’s Task Force of the District of Columbia Interagency Council on Homelessness (ICH) together with The Community Partnership for the Prevention of Homelessness (TCP) conducted an analysis on gender and household type using data from the 2017 PIT Count. This initial examination revealed several distinct […]

During last year’s holiday season, the families at House of Ruth were blessed with holiday presents by our generous donors through the Adopt-A-Family program. We’ve witnessed so many wonderful connections and heartwarming stories through the holiday program, and we want to highlight the generosity of Ace Hardware Stores. House of Ruth board member and owner […]

Have Fun & Raise Money for House of Ruth

At the inaugural meeting of the Chevy Chase Giving Group in January 2018, House of Ruth was chosen as the recipient of the attendees’ gifts. Long-time donors hosted the event at their house, turning their anniversary celebration into a way to help women and children around the city. More than 50 showed up on an […] 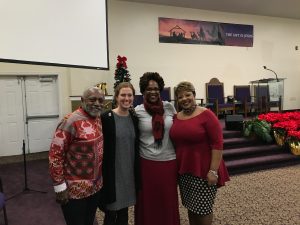 During the holiday season, House of Ruth connected donors with families at House of Ruth through the Adopt-A-Family program to provide holiday gifts for each member of the family. To protect our residents’ privacy, donors were not provided specific details about the family. Instead they received a profile that listed the age, gender and sizes […] 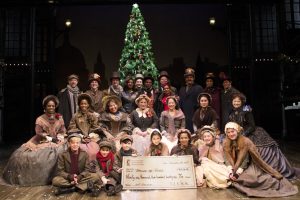 Ford’s Theatre Raises Over $96k for House of Ruth

In December 2017, Ford’s Theatre Society raised an astonishing $96,226.93 for House of Ruth during their performances of A Christmas Carol! The cast spoke about House of Ruth and collected donations from November 16 to December 27, 2017. In addition to a collection at each curtain call, patrons were encouraged to make donations through the Ford’s […] 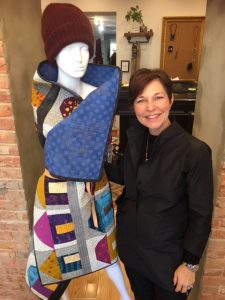 Make a Bid for a Handmade Quilt Benefiting House of Ruth!

A DC women’s clothing boutique, LiLi the First, at 1419 Wisconsin Avenue, NW, is auctioning off a handmade quilt to benefit House of Ruth. This magnificent quilt was handmade by 20 local volunteer artisans of NeedleChasers of Chevy Chase Quilting Guild and quilted by Marina Baudoin! It is 44″x66″, 100% cotton, Indonesian hand printed fabrics, […]

Board Transitions and Elections

On December 6, 2017, new House of Ruth Board President Diane Lewis (pictured left) ran her first board meeting, and the first order of business was to honor outgoing chair and long-time board member Pamela Pinkett (pictured below). “Serving on a board can be hard work,” Lewis said, “especially when the organization hits a bump […]