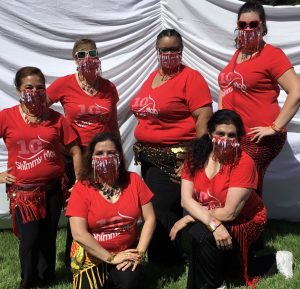 “It is health that is real wealth and not pieces of gold and silver.” — Mahatma Gandhi Post by Sandra L. Jackson, President & CEO of House of Ruth We are focused on wellness and healing from trauma at House of Ruth, and during ongoing mass shootings; the recent Chauvin verdict; continued racial unrest and […]

Before they came to House of Ruth, Kristina* and her two daughters were homeless and living in a shelter in a hotel in D.C. They had a long commute from the shelter to the girls’ school. Kristina’s abuser kept showing up during the commute and threatening them. Kristina would contact the police and let them […]

Laptops for House of Ruth students from Bridging Tech

In March, House of Ruth partnered with Bridging Tech, a nonprofit that gives free laptops for learning and enriching educational opportunities to children affected by homelessness. During this past year of the pandemic, our staff, along with the women and children we serve, has had to dramatically shift their daily routine to accommodate the stay-at-home […]

28-year-old Monica* was referred to the Domestic Violence Support Center (DVSC) by the District of Columbia Child and Family Services Agency (CFSA). When Monica came to the DVSC she was dealing with a lot of difficult feelings around the recent removal of her children from her care. Her two children had been placed in a […] 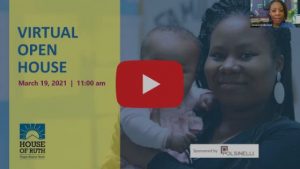 In the past two years, we’ve had open houses directed at our clients, to tell them more about our services, and directed at our partners, to see how else we can work together. We also usually have an annual donor reception, where our loyal donors learn more about the good work they are funding. This […]

Ania* brought her young son to House of Ruth to flee domestic violence. During their time at House of Ruth, Ania steadily and successfully rebuilt their lives and established her independence. They first lived in our residential housing with staff on-site, and after a year, they transitioned into more independent housing through our Bridges scattered […]

Last February, House of Ruth’s President and CEO Sandra Jackson participated in a panel discussion on advocacy, leadership and service in the Washington, D.C. community alongside other recipients of the Georgetown University John Thompson, Jr. Legacy of a Dream Award. Below is the recorded panel discussion on Living the Dream: Advocacy, Service, and DC’s Beloved […] 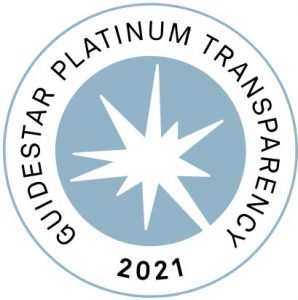 We’re thrilled to announce that House of Ruth earned the 2021 Platinum Seal of Transparency from GuideStar, the world’s largest source of nonprofit information. By sharing these metrics, we are helping the sector move beyond simplistic financial ratios to assess nonprofit progress. We’re proud to use GuideStar Platinum to share our full and complete story […]

47-year-old Anna* first came to the House of Ruth Domestic Violence Support Center (DVSC) for help separating from a long-term abusive intimate partner. While she was able to separate from him within a few months, her subsequent work in therapy has focused on building up her sense of self after experiencing years of abuse. Midway […]