31-year-old Jenny* sought counseling services at the Domestic Violence Support Center (DVSC) after a long stint of counseling elsewhere. Jenny felt concerned that her previous counselor was frustrated with her “lack of progress.” Jenny is a survivor of prolonged childhood abuse and neglect, and when she started services at the DVSC she was still living […]

34-year-old Megan* came to the Domestic Violence Support Center (DVSC) six months ago because she recognized some unhealthy patterns in her relationships. Although Megan had never experienced physical violence in an intimate relationship, after she got divorced last year she realized in retrospect the relationship had been emotionally abusive. Her needs were often dismissed and […]

54-year-old Desiree* was referred to the Domestic Violence Support Center (DVSC) by another social service agency in DC where she had been receiving counseling services. Desiree has a long history of abuse beginning early in her life, continuing through adolescence when she was placed with an abusive foster family after her mother died from a […]

36-year-old Tonya* came to House of Ruth’s Domestic Violence Support Center (DVSC) to address feelings of depression related to a recent miscarriage, along with concerns about her relationship with a highly physically and verbally abusive boyfriend. Like many clients who seek services at the DVSC, Tonya felt unable to discuss her circumstances with family or […] 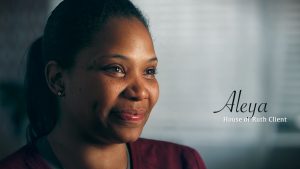 23 year-old Ashley* sought counseling at House of Ruth’s Domestic Violence Support Center (DVSC) after an incident with her then-boyfriend, an incident which she was having difficulty processing on her own. Ashley had no history of counseling and was, in her own words, “very bad” at emotional language. Ashley struggled with labeling and acknowledging her […]

28 year-old Tina* was referred to the Domestic Violence Support Center (DVSC) by the District of Columbia Child and Family Services Agency. When Tina came to the DVSC, her children had been out of her care for nearly 14 months. Her two children, ages three and four years old, had been placed in a foster […] 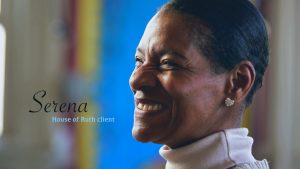 Serena’s Story of Hope is the eleventh in our Stories of Hope video series. Serena opens her story by sharing that her parents were alcoholics, and she herself used heroin, marijuana and cocaine. Despite going to several different drug treatment programs, Serena kept relapsing because she admits she wasn’t ready to surrender and give up […] 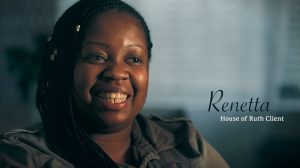 Renetta’s Story of Hope is the tenth in our Stories of Hope video series. Renetta is a resident at House of Ruth, and shares that one of her kids has a disability, and it took her a long time to find a place that accommodated her son’s disability, as well as a place that would […] 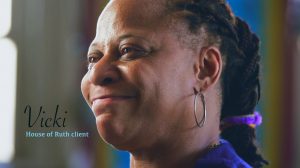 Vicki’s Story of Hope is the ninth in our Stories of Hope video series. Vicki is a victim of domestic violence, and she wanted to share her story to show other women that they do not have to continue dealing with abuse, that no matter how much they think they love their partner, to not […]