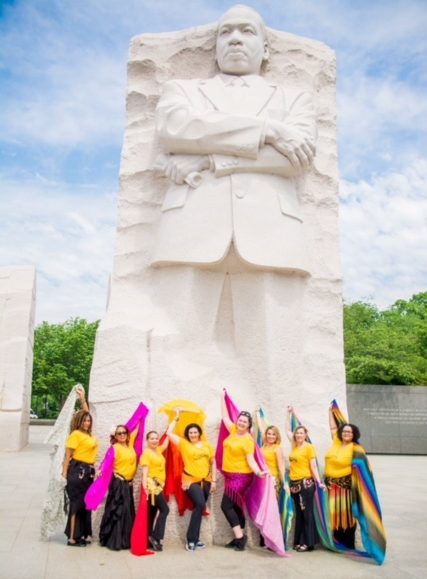 Every year, wonderful volunteer groups assist House of Ruth by organizing fundraising events. Since 2014, Shimmy Mob – Washington, DC, the city’s representative in the global effort to end domestic violence, is one of our annual partners.

The second Saturday of every May, over 150+ flash mob belly dance teams around the world perform a choreographed dance on the same day to raise money for their local charities. This year, Shimmy Mob DC performed at FDR Memorial, MLK Memorial, Lincoln Memorial, Freedom Plaza, and the Navy/Archives area. In a ten-day campaign, they raised over $500 for House of Ruth.

Visit http://www.shimmymobdc.com to learn more about Shimmy Mob and what they do. On behalf of the staff, women and families at House of Ruth, thank you Shimmy Mob DC!